Rome and the wonderful Church of Sant'Agnese in Agone

There are few places so clearly identifiable as Piazza Navona, which has become, over time, a symbol in all respects of Rome. There are many tourists, including foreigners, who would like to take the first plane to be able to return again to visit the Eternal City. In this moment of pandemic and second wave of infections, however, it is clear that there are fewer and fewer solutions.
A freedom from mass tourism which, paradoxically, could favor those who, for work or small travels, can discover a different Rome, free from any link with its peculiar mass tourism, much more ready to allow the vision of the most famous in a different way, much more attentive and scrupulous even towards every detail.

One of the symbols of Rome, we said, is certainly Piazza Navona, deepening one of its most interesting attractions, namely the Church of Sant’Agnese in Agone. A typically Baroque style structure, which was dedicated to Saint Agnes, martyr according to the Christian religion: at that time, in place of the square, stood the Diomiziano stadium which, from the eighth century onwards, was transformed into a place of worship.

A wonderful church, which in 2004 underwent a profound restoration. The first project was designed by Girolamo Rainaldi in the distant 1652, following a typically baroque style. The construction of the church was commissioned by Innocenzo X Pamphili, whose family wanted to build a sort of private chapel to be integrated with the family palace next door. A few years later, the works continued thanks to the wise guidance of Francesco Borromini, who decided to partially change the original project. One of the most interesting aspects is the choice of increasing the distance between the two towers, also inserting the concave facade setting to ensure that the dome was noticed more. Finally, the construction of this church was finished in 1672, thanks to Carlo Rainaldi, the son of the architect who started the work.
The façade of this ecclesiastical structure is located in the middle of two bell towers: it is interesting to note that both end with a conical roof on which there are crosses. The facade does not host particular decorations, but includes three portals, in which the central one stands out in size. The construction of the dome was handled, however, by Giovanni Maria Baratta and Carlo Rainaldi.
The interiors are characterized by a typically Greek cross plan, with rich decorations in each nave. There are four altars, built in honor of Sant’Alessio, Santa Cecilia, Sant’Eustachio and Santa Ermenziana respectively. The transepts, on the other hand, were created in homage to Sant’Agnese and San Sebastiano. The columns in Cottanello's red marble are also impressive.
The pendentives on the dome were painted from 1667 to 1671 by an important artist, namely Giovan Battista Gauli, also called “Il Baciccio”. Well, the plumes refer to the four cardinal virtues. The fresco that characterizes the dome, which depicts Saint Agnes introduced to the Glory of Paradise., On the other hand, is due to the work of Sebastiano Corbellini and Ciro Ferri.

To move from Piazza Navona and be able to admire all the various works of historical, cultural and artistic interest that this neighborhood offers, and not only of course, of Rome, Eitch Borromini is a perfect base. But there is more: the Collegio Innocenziano, or the Historical Residence where the Eitch is located, is part of the complex that includes the Church of Sant'Agnese. In past centuries, access to the church was guaranteed by a series of passages that today are located inside the elegant and comfortable rooms where our guests can sleep. Access to the church is now walled up, but tunnels, skylights and secret passages that once led to Sant'Agnese remain visible. Among the many, a small secret tunnel located on the Eitch stairway even today allows the lucky guests who know it to admire the frescoed vaults of the famous Borromini Sacristy - right behind the Church - in the shelter from prying eyes. 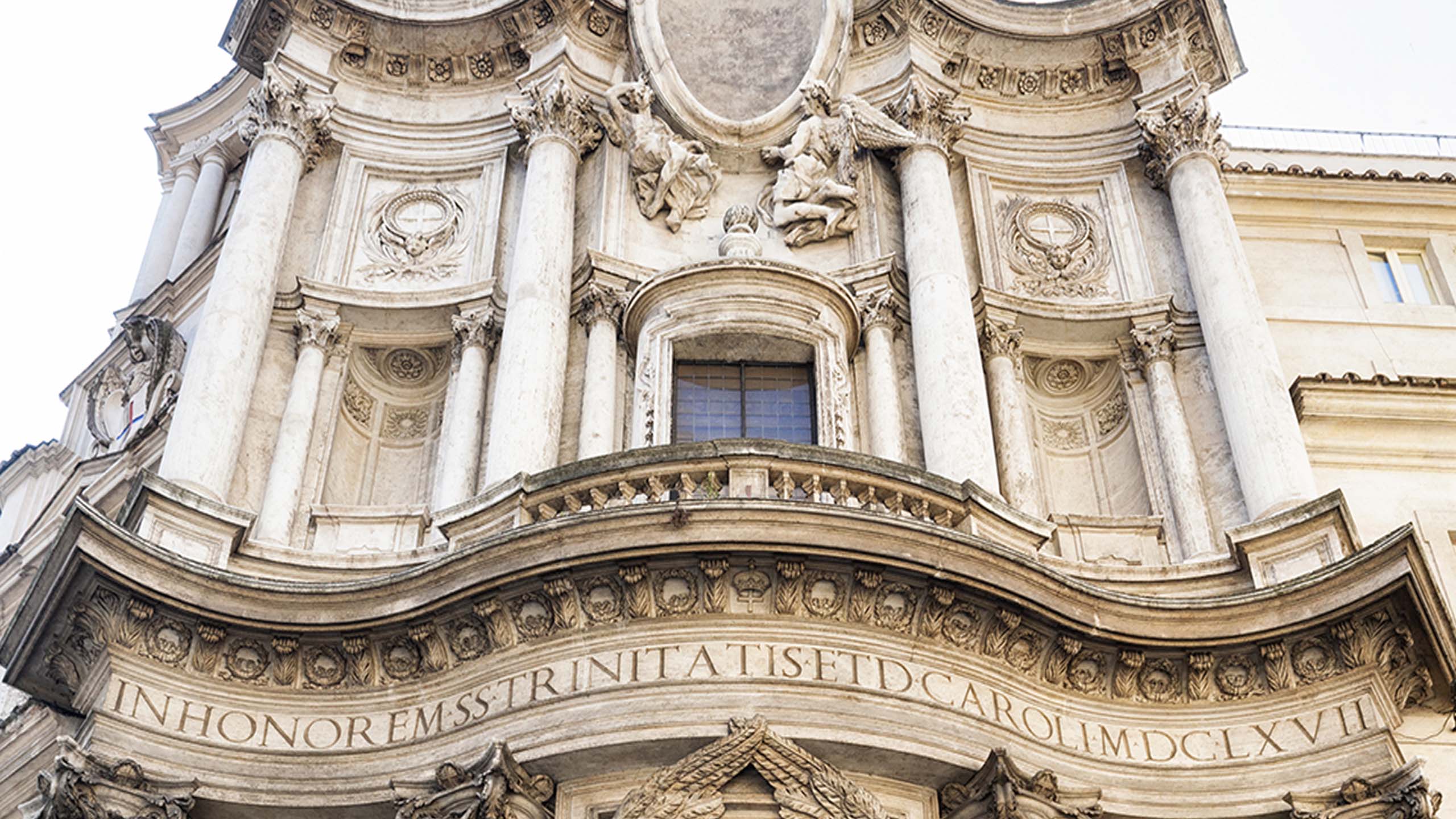 The Church of Santa Maria dell’Anima