The 17th century Collegio, the building which houses Eitch has important archeological relevance and is part of a rich historic context. The entire area, overlooking Piazza Navona, was occupied during the Roman era by Emperor Domitian’s stadium erected in 86 AD: an impressive elliptic building in travertine that for almost four centuries hosted athletic games. After the V century, the stadium went gradually in ruin, but its arena, known as Campus Agonis (Games Field), continued to host rides, fairs and shows. The presence of the stadium in the following centuries determined the morphology of the area which over time saw the erection, from the XV cent onwards, of elegant buildings of distinguished Roman families. In the first half of the XVII cent, the series of buildings that delimited the piazza were enhanced with prestigious architectural elements, among which the buildings of the Pamphilj family. 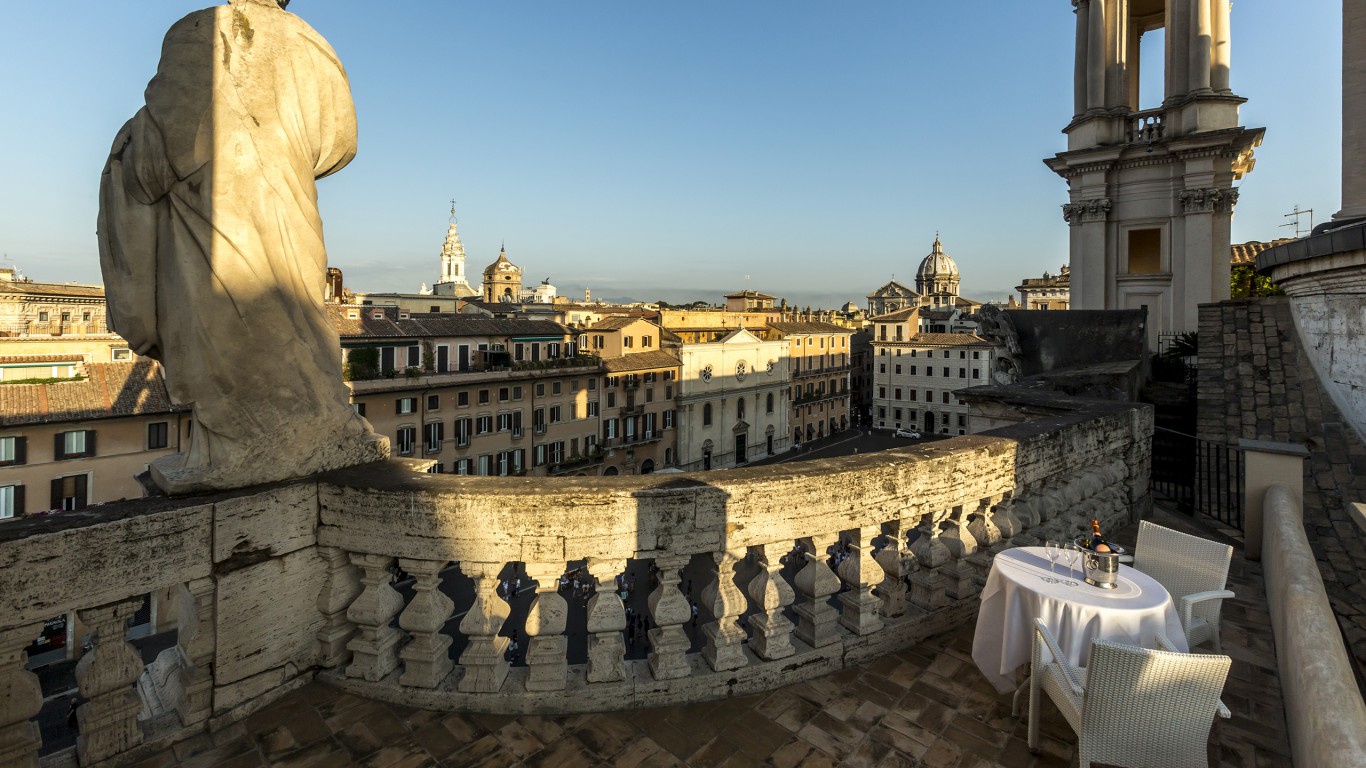 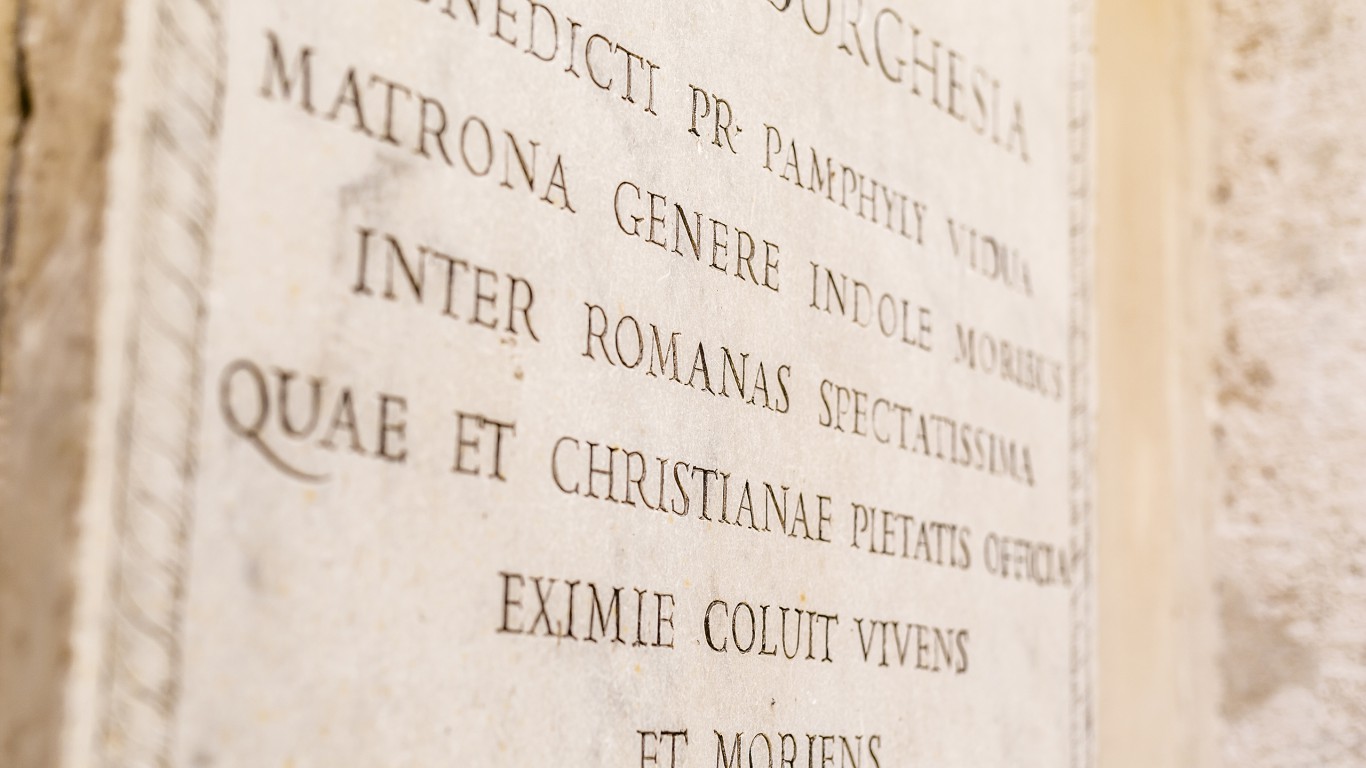 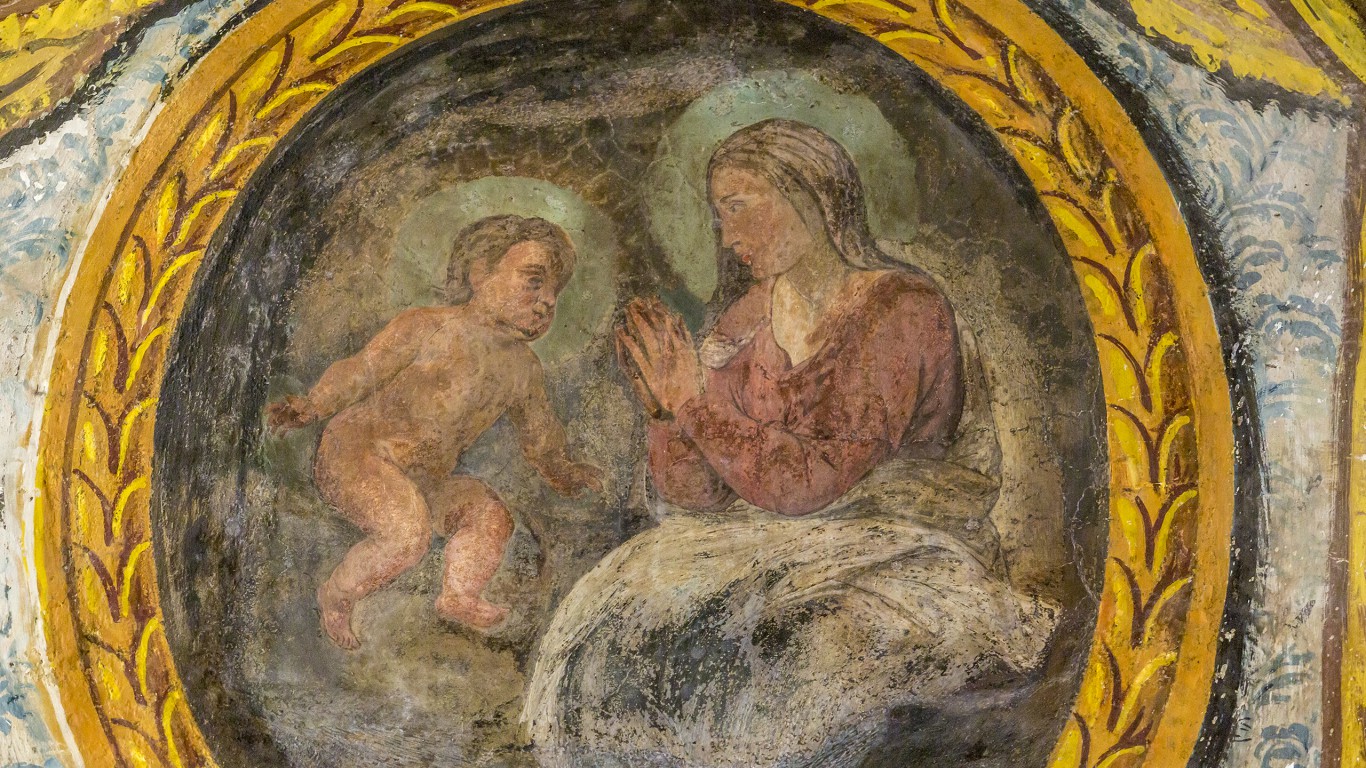 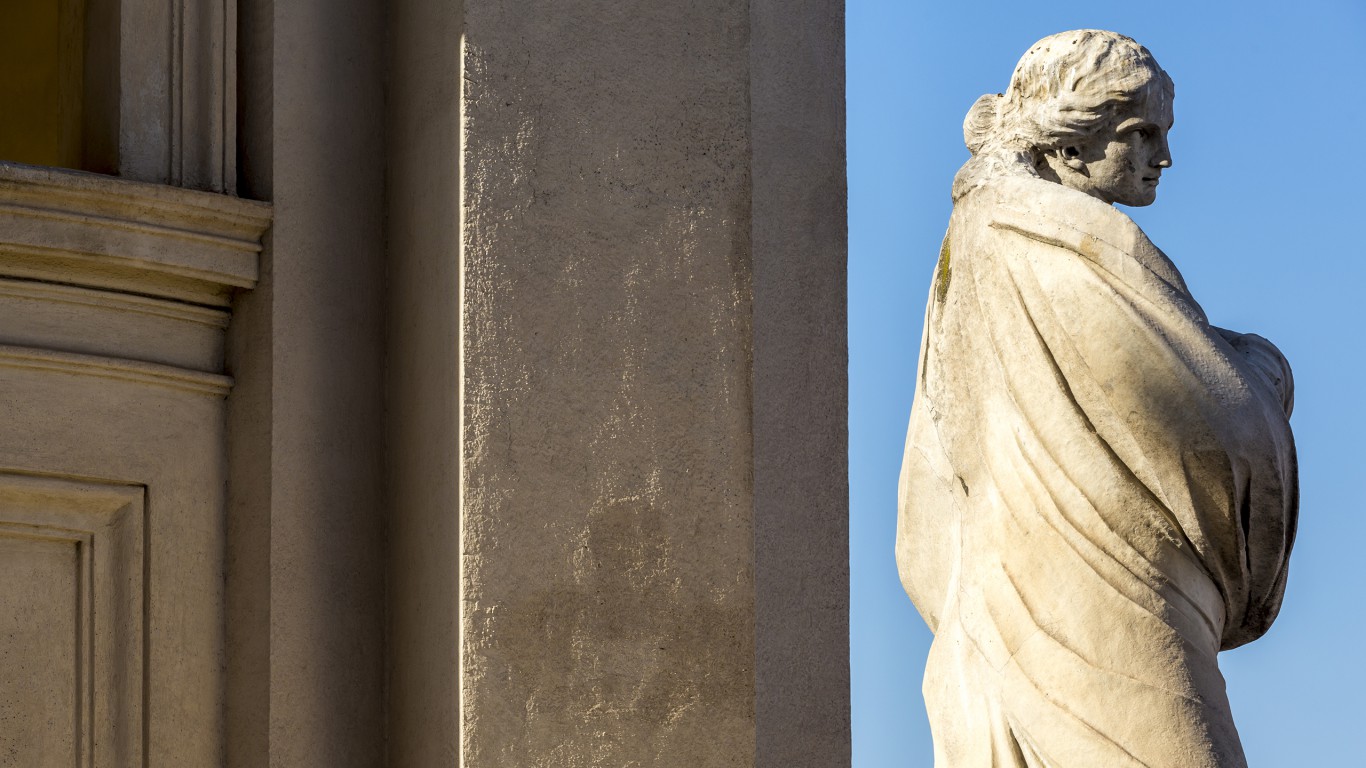 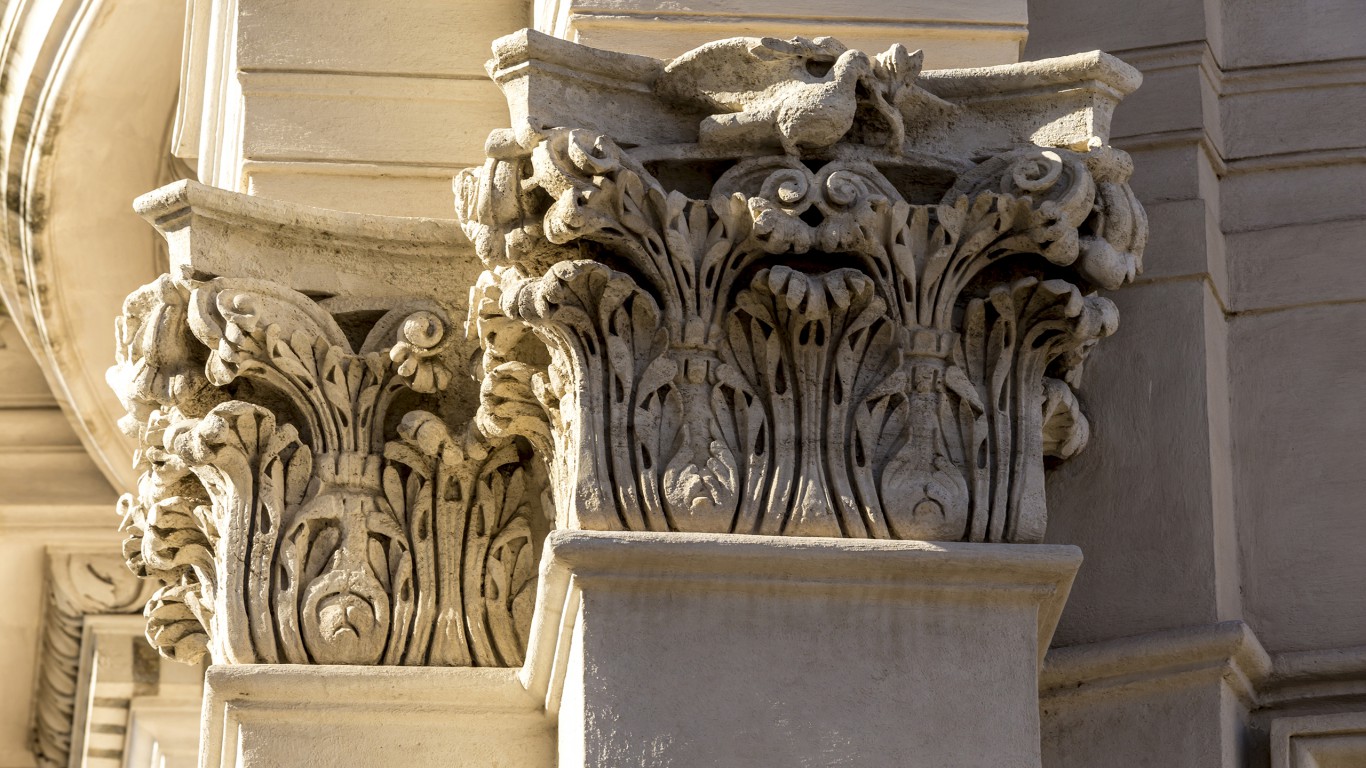 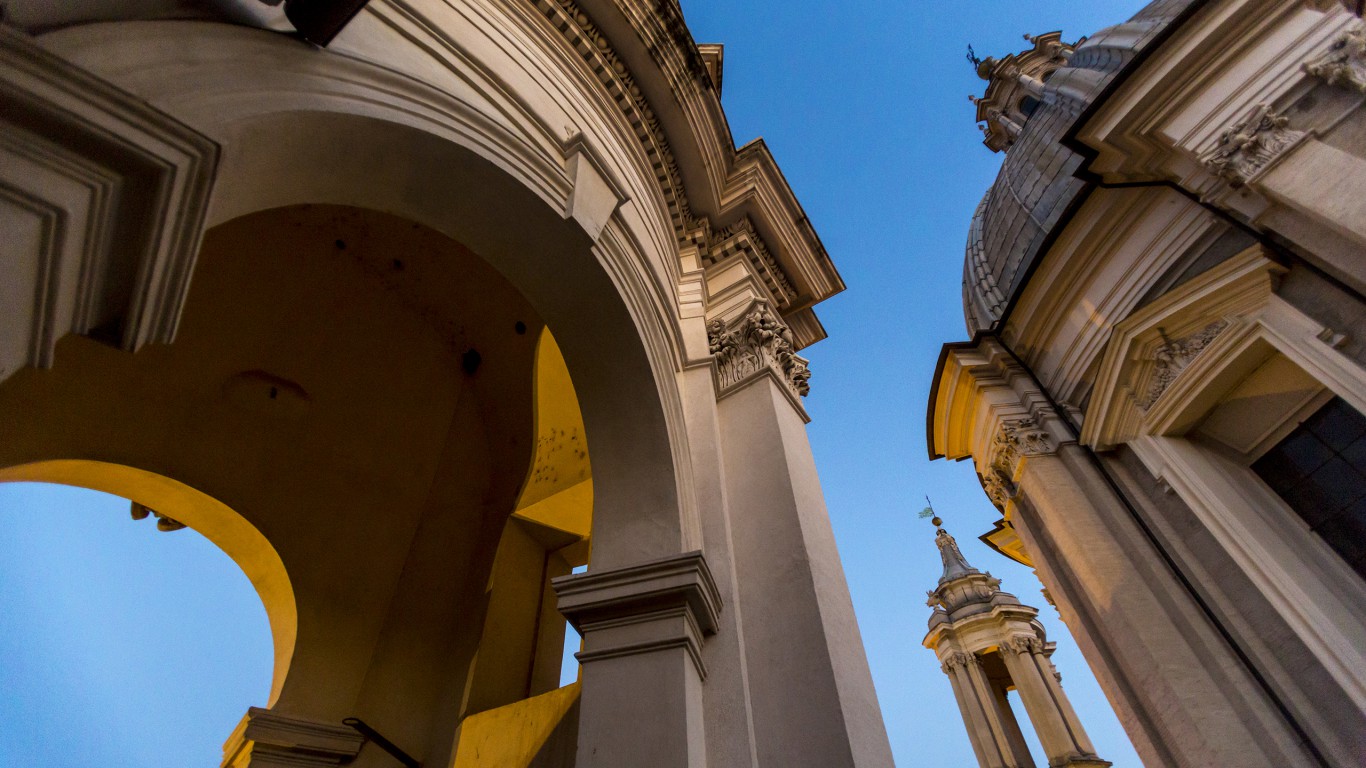 The characteristics of the building

The project was assigned to Francesco Borromini, a genius where Baroque architecture is concerned and highly respected by pope Innocent X, who wanted him as part of his entourage. Borromini began work in 1654, designing a square-based structure which stretched out from via di Santa Maria dell’Anima to via di Sant’Agnese in Agone, overlooking Piazza Navona and characterized by a strong verticalism.

The current building of the Hotel Eitch Borromini is six floors high, along the northwest side of the sacristy of the Sant’Agnese in Agone church and has a magnificent and evocative roof terrace, which offers the visitor one of the most beautiful views of Rome. At first the College was located on the last floor of the palace, then it moved to the main floor only to then move to other areas of the building, leaving room for the Pamphilj private library, famous for the quantity and rarity of its books and manuscripts, as well as for the frescoed vault ceiling by Francesco Cozza. The College had three entrances with three staircases, including the original spiral staircase designed by Borromini, still in use today. The main facade, identical to the one of Palazzo Pamphili, overlooks Piazza Navona and is characterized by an elegant Serliana window (triple lancet window) which resembles the one in the internal courtyard.

Innocent X died in 1655, without having seen the completion of Borromini’s work, which terminated around 1658, thanks to his nephew Camillo Pamphilj, son of Olimpia Maidalchini, who according to legend, was the real promoter of the College and who ordered the construction of secret passages and hideaways within the building, still visitable today, to use for her meetings with the pope. The construction of the Collegio Innocenziano thus contributed to turning Piazza Navona into the so-called “Isola dei Pamphilj”, the Island of the Pamphiljs, a great testimony of the Baroque architecture and of the family’s power.

It was Pope Innocent X Pamphilj who, upon election in 1644, gave the piazza its current scenic layout, which was to become the worthy location of the family’s residence, thus showing the family’s greatness. The project included the renovation of the entire piazza, with specific attention to the enlargement of the palace and the private chapel, Sant’Agnese in Agone church. The construction took place at the same time as the construction of the church, on the site already occupied by Giulio Ornato’s palace. The purpose of the ‘Collegio Innocenziano’ was to offer the young members of the Pamphilj family, the opportunity of priestly training and a cultural education. The more deserving students were admitted at the age of seven and, once adults, could then choose o continue their ecclesiastic career in Rome. The building served to increase Innocent X’s power, who was thus able to include among his achievements providing education.